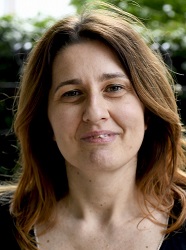 Valentina has been collaborating with AEIDL since January 2018 as self-employed. She was the Policy Adviser and Team Leader of the ESF Transnational Platform, where she engaged in the coordination of a permanent team of 14 members and 12 thematic experts, leading 9 thematic transnational networks (including on employment, youth employment, inclusion, social economy, learning and skills, and migrants), and in liaising with DG Employment. She has also been the Project
Manager of four other service contracts with the Executive Agency for Small and Medium-sized Enterprises, the European Institute for Gender Equality, DG GROW and DG Environment on sustainable public procurement, mainly on social and gender aspects.

She has also been involved as senior expert in employment, entrepreneurship and inclusion in various AEIDL contracts and has contributed to the drafting of various publications for the European institutions. Her main fields of expertise are social inclusion, employment, social services, care, social economy, gender equality, public procurement, social innovation, EU funds and green transition.

She has more than 20 years’ experience in EU project management, policy advice and advocacy, and team and project leadership, in EU institutions, NGOs, social economy organisations, local authorities and vocational training institutions, in Brussels and Italy. In Brussels, she worked at the European Parliament as a Political Adviser on employment and social affairs for the Greens/EFA political group
and for seven years as a Policy and Advocacy Adviser at the Social Platform. She was one of the experts for the European Economic and Social Committee’s opinion on the European Pillar of Social Rights and a member of the European Commission’s Expert Group on Social Entrepreneurship. In Italy she was Head of the European Office of Caritas Ambrosiana, where among other things she was the transnational coordinator of two large EQUAL projects on the social economy. She also worked as project manager in local authorities, vocational training institutions, social cooperatives consortia and consultancies in Milan, in the framework of 15 EU programmes.

She graduated in Political Science and has Masters’ Degrees in EU Law and in EU Project Planning and Management. Valentina’s mother tongue is Italian, while she is fluent in English and French, and operational in Spanish.