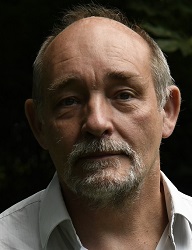 Toby holds a degree in politics and economics and is expert in policy analysis connected with employment issues. He has worked in the field of social enterprise for 44 years, the last 28 years of which have been based in Brussels. He helped found two workers’ cooperatives, one of which (Suma Wholefoods) has grown from its initial team of 7 to employ 300 people today – on an equal pay basis. He became Secretary of the UK work co-operative federation and in 1986 worked for a year for the European federation CECOP. In 1994 he was seconded to the European Commission’s Social Economy Unit, where he helped implement an innovative work programme. He was the European Commission’s expert on social economy in the EQUAL programme (2002-08) and subsequently played a similar role as part of the technical assistance team supporting the transnational ESF Learning Networks. He also supported the Social Entrepreneurship Network (SEN) which involved ESF Managing Authorities from nine EU Member States and regions. He was a member of the Scientific Committee of the Mapping Study carried out as part of the EC’s Social Business Initiative. Until 2019 he led the ESF Transnational Platform and also coordinated the EMEN project in migrant entrepreneurship. He now co-ordinates 2 migrant integration projects, MAX and RIDE, on behalf of UNITEE. He is interested in trams and real ale.