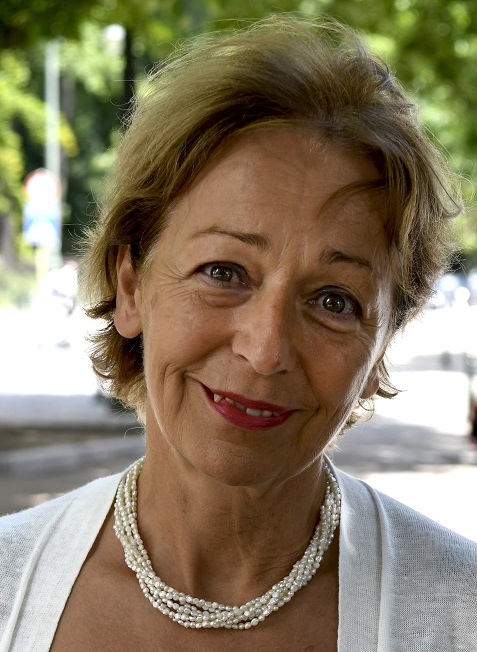 Márta Márczis is an expert in community-driven local (rural & urban), place-based and regional development, with specific experience in poverty, the environment, land-use stewardship and social economic development.She contributes to action research, programming and technical assistance in relation to sustainable local development, supporting institutional and service development, good governance, job creation, SMEs, public-private partnerships, relevant financial mechanisms, “transition”, EU pre-accession processes and programming. She is experienced in creating and implementing programmes for empowerment of citizen initiatives, social innovation and socio-economic inclusion of disadvantaged local communities, such as Roma, Kurdish and Gagauzian communities, women and young people.Márta worked with the United Nation Development Programme (UNDP) Regional Centre for Europe and the Commonwealth of Independent States (CIS) in Bratislava (Slovakia) from 2001 to 2014, and after = the Centre was closed, she worked as UNDP expert for Roma inclusion in Bosnia and Hercegovina, and in Albania in 2015.As lead European expert at UNDP, she recently implemented the LEADER/CLLD approach in the Republic of Moldova (2016-2018).Márta also worked as lead expert and national coordinator of the European Commission – Council of Europe ROMACT Programme in 2015-2016. She previously coordinated the LoSD (Localising Sustainable Development) in the Western-Balkans and the Western CIS countries, and she was the chief advisor and programme leader of the “Cserehát / Košice” UNDP Model Programme, implementing inclusive, community-driven development methods and tools in disadvantaged areas (2003-2010).She also contributed to the UNDP pre-LEADER Programme in Serbia (2007-2009). She worked as chief advisor and programme leader at UNDP on area-based social inclusion in the Roma-populated EU and pre-accession countries (2010-2014); the programme’s methodology and cases (Cluj Napoca, Pecs, Braila, etc.) contributed to EU Roma policy for 2014-2020. (One of the results is the creation of the ROMACT Programme).As a freelance expert, Márta was intensively involved in setting up of a range of pre-LEADER programmes and civil society rural networks in the Western Balkan countries and in Turkey, as well as in the Macedonian (FYROM) National Rural Network, the pre-LEADER programme and the rural civil society network in three pilot regions in Albania, and the Ozyegin Foundation’s LEADER-type rural development programme in south-eastern Turkey.She has worked with the Hungarian Ministry of Agriculture and Rural Development on various projects and programmes including: national level implementation of the LEADER+ programme in Hungary; Hungary’s National Agricultural and Rural Development Plan; and the Pre-LEADER programme during Hungary’s pre-accession to the EU. Between 1995 and 2001, she was co-coordinator for a Central-European sustainable watershed pilot development programme that was set up by the United States Environmental Protection Agency and financed by the USAID.Márta was the founder and president of the Hungarian Rural Parliament Association, one of the first national community-led rural networks in Europe (1998). She was also a founder of PREPARE (PRE-accession Partnership for Rural Europe) and has been a member since 1999. The main activities of PREPARE include organising multi-national conferences, capacity building and networking on sustainable rural development, as well as the transfer of knowledge and the exchange of experiences among EU member, pre-accession and non-EU countries. As a partner of many national and EU decision-making bodies, PREPARE’s aim is to be the ‘voice’ of rural civil society initiatives in the wider Europe, linking EU, pre-accession and neighbouring countries. Márta is the national coordinator of the European Rural Parliament in Hungary.Márta is member of AEIDL since 2002, elected board member since 2010 and president since 2011.Initially a teacher and an engineer in garden and landscape architecture, Márta speaks Hungarian (mother tongue) and English fluently, and she has a good command of German and Russian.