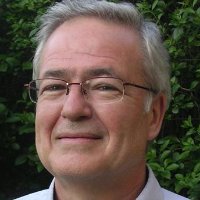 Paul Soto has a Masters Degree in Economics from the London School of Economics and, being half English and Spanish, has lived and worked extensively in England, Spain and, now, Brussels. He is one of the four directors of a mixed social economy company, Grupo Alba SLL, which provides direct marketing and other services to a series of cooperatives and over 1000 small scale farmers in Extremadura, Spain.An expert in local development, Paul Soto can contribute detailed experience of EU networking led by four different DGs of the European Commission – DG EMPLOYMENT (EQUAL), DG REGIO (URBACT), DG AGRI (LEADER II Observatory and European Evaluation Network for Rural Development) and DG MARE (FARNET Support Unit). In all cases his main concern has been the link between broader policy and practice on the ground.Since 2009, he has been the team leader of the Support Unit for FARNET, the European fisheries area network, after having assisted DG MARE with the launch of Axis 4 of the European Fisheries Fund (EFF). He also manages the thematic pole of nine networks and around a hundred cities supported by the URBACT programme to explore new solutions and share good practice in the field of innovation, economic and employment development. He also coordinated a study on the impact and responses of cities to the crisis.