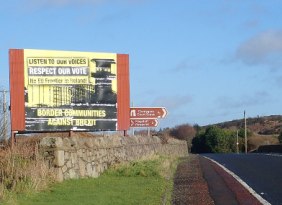 (18 January 2022) – Goods exports from Great Britain to Ireland have dropped by 20% since the United Kingdom left the single market, according to data published on Monday by Ireland’s Central Statistics Office.

The CSO reported imports worth €12,501 million between January and November 2021, a decrease of €3,272 million compared with the same period in 2020. Meanwhile, exports to Great Britain increased by 20% in the same period.

One of the effects of the Northern Ireland protocol, which imposed customs checks on goods travelling from Britain to Northern Ireland but kept the province in the EU’s single market for goods, has been a major increase in intra-Irish trade.

The protocol has created a situation where Northern Irish exporters stand to benefit from having dual access to both the EU and UK single markets, while importers face their goods being subject to customs checks on both sides, disrupting supply chains. (Euractiv)