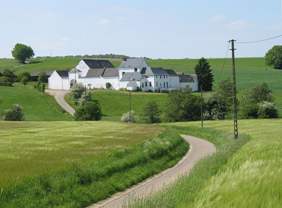 (03 March 2022) – Two months after the deadline set by the European Commission, Romania submitted its Common Agricultural Policy (CAP) national strategic plan. This brings the grand total of national submissions to 26, with only Belgium missing.

Belgium is expected to submit two separate plans, for the regions of Wallonia and Flanders: the first one is currently in the final phase while the latter should be ready by mid-March.

National strategic plans (NSPs) are one of the main novelties of the reformed CAP, the EU’s massive farming subsidies programme, which will run from 2023 to 2027. Through these plans, EU countries detail how they will meet the nine EU-wide objectives of the reformed CAP while responding to the needs of farmers and rural communities.

Member states had until the end of 2021 to submit their national plans to the Commission for approval, a process that is currently underway. Over the next three months, the European Commission will evaluate the plans and send back its observations to the member states. (Euractiv)