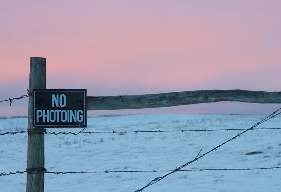 (17 May 2022) – Common Agricultural Policy support for landowners not actively engaged in farming has indirectly negatively impacted farming communities, at the same time as the EU continues to haemorrhage farms at an alarming rate.

The ‘Future of the European Farming Model’ study, presented at a recent European Parliament hearing, explores structural trends in European agriculture across five regions of Europe. All regions in question exhibited several common drivers of farm decline, which are primarily structural, economic, and social in nature, as well as, to a lesser degree, environmental.

Among other conclusions, the research indicated that the Common Agricultural Policy (CAP) has supported a tendency toward so-called couch farmers: farm landowners not actively farming.

Area-based payments, including direct payments, contribute to this phenomenon, the study found. While these payments are in some respects positive, for example in motivating farmers not to sell their land, they can also prompt ‘couch farmer’ behaviour.

This has led to a growing resentment from more active farmers, as they “inhibit growth and consolidation while contributing little to food security”, according to the study. It is also driving land prices up, making purchases prohibitively expensive for many and causing speculative land purchases. (Euractiv)