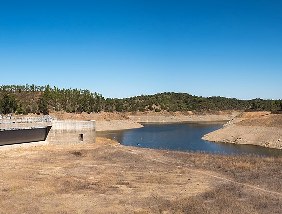 (21 February 2022) – As Spain and Portugal are hit by the worst drought in 15 years, MEPs have voiced worries over the situation. EU Equality Commissioner Helena Dalli raised hopes that support could come from funds in the EU’s farming subsidies programme.

Both Spain and Portugal have been faced with severe water shortages for multiple weeks, with 45% of the Portuguese mainland being affected according to the country’s national statistics institute (INE).

According to a new report released by INE on Thursday, livestock production has been especially affected as poor grazing conditions have led to an extraordinarily high need for fodder. Meanwhile, the cultivation of winter cereals has also taken severe hits.

To help tackle the situation, Dalli announced that the Commission was in contact with national and regional authorities to look into potential support from EU funds. Notably, “several lines of action” were open through the Common Agricultural Policy (CAP), she added.

The Commissioner also called on Mediterranean countries to establish resilient water management practices and to “make the most” of the national strategic plans for the implementation of the reformed CAP to subsidies in line with sustainable water management. (Euractiv)