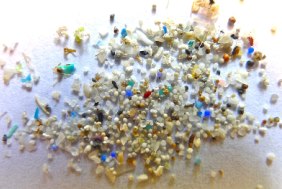 Consultation on reducing releases of microplastics

(22 February 2022) – Today, the Commission launched a public consultation on how best to reduce the amount of unintentionally released microplastics into the environment. The consultation is open until 17 May.

The consultation focusses on sources which are known to release the largest quantity of microplastics are plastic pellets, synthetic textiles and tyres. Additional sources such as paints, geotextiles, and detergent capsules for laundry and dishwashers are also being evaluated.

Microplastics (plastic particles with a diameter of less than 5 mm) are ubiquitous and can be found in soil, air, water and living organisms. They accumulate throughout the food chain, absorb and transport other organic and inorganic (often toxic) pollutants and are easily ingested or inhaled by organisms due to their tiny size. They can further degrade to nanoplastics (less than 100 nm).

Scientific evidence shows that microplastics have negative effects on vulnerable eco-systems (e.g. coral reefs, deep seas, polar regions), biodiversity (all marine life from plankton to large marine mammals) and human health. Moreover, the economic impact on terrestrial and marine ecosystems due to the release of plastics into the environment is vast.