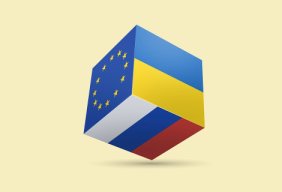 (14 April 2022) – High energy prices and continued purchase of Russian gas and oil in the first quarter of 2022 allowed Russia to post the highest current account surplus in recent history.

According to figures from the Central Bank of Russia, the country exported goods and services worth $58.2 billion more than the value of its imports, surpassing more than two and a half times the current account surplus it had in the first quarter of 2021.

The current account surplus appears to be pushed by the continuing high gas and oil prices, allowing Russia to command a higher price for its own fossil fuel exports that a number of EU countries continue to buy.

While the US banned Russian energy imports, the EU has not restricted the purchase of Russian energy in the short term, as some member states are highly dependent on Russian fossil fuels. (Euractiv)