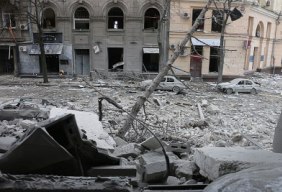 (01 June 2022) – European leaders have agreed on €9 billion in macro-financial support for Ukraine, but they postponed decisions on the nature of the support and how it should be funded.

The EU leaders thus followed the proposal by the EU Commission that had suggested the EU should provide €9 billion in macro-financial assistance to keep the Ukrainian state solvent in the short term and that it should establish a platform to finance the reconstruction of Ukraine.

However, the nature of this assistance is not yet clear, according to EU sources. When the EU Commission proposed macro-financial aid, it suggested using subsidised loans to support Ukraine.

Economists have pointed out the risk that providing loans instead of grants would lead to over-indebtedness in the Ukrainian state. It burns through around $5 billion a month to keep the state running in wartime while the economy collapsed by up to a half. The debt burden could stifle the Ukrainian economy for years, according to former Ukrainian economy minister Tymofiy Mylovanov.

Some member states advocate for the support to come in grants instead of loans, but there is no consensus yet. (Euractiv)