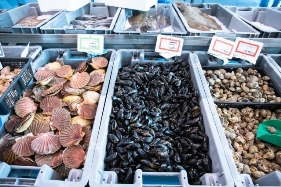 EU and US resume trade of bivalve molluscs

(04 February 2022) – The European Union and the United States have agreed to resume trade in mussels, clams and oysters after they were halted more than a decade ago, marking another step in improved transatlantic relations.

Hence, two EU Member States (Spain and the Netherlands) will be allowed to export molluscan shellfish to the US, whilst two American states (Massachusetts and Washington) can do the same to the EU.

The Commission and the US Food and Drug Administration carried out audits in 2015 and, after years of discussions, have recommended that the food safety systems for raw molluscs in the US states and EU countries could be considered equivalent.

The Commission said trading opportunities could be extended to more EU countries in future under a simplified authorisation procedure agreed between the two sides. It is the first time a US agency has agreed such a process.