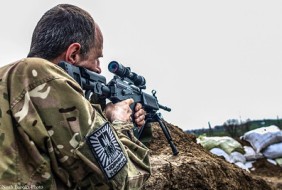 (28 February 2022) – In a ‘watershed moment’ for its defence policy, the EU yesterday agreed to unblock some €500 million for members states to buy arms for Ukraine’s armed forces, hoping to stop Russia’s invasion.

“Another taboo has fallen these days – the taboo that the EU cannot use its resources to provide arms to a country that is being aggressed by another,” EU’s chief diplomat Josep Borrell said as EU foreign ministers met to green-light the unprecedented step.

EU treaties prohibit the bloc from using its regular multiannual budget to fund operations with military or defence implications.

That is why, under the unveiled plans, the EU will use an off-budget so-called ‘European Peace Facility’ (EPF) financing instrument with a ceiling of €5 billion that can be used to provide military aid.

The only recently created intergovernmental fund had opened the door for the bloc to deliver military aid to partner countries and finance the deployment of its military missions abroad. (Euractiv)