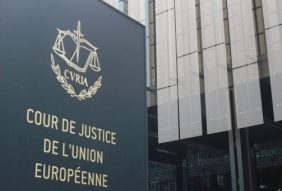 (16 February 2022) – Today, the European Court of Justice (CJEU) dismissed a legal challenge from Budapest and Warsaw to a recent EU law linking disbursement of bloc funds to rule of law standards, paving the way for proceedings against the two countries.

The mechanism, which, if implemented, could see countries with systemic rule of law problems lose out on EU funds, had posed a significant hurdle in negotiating the bloc’s €1.8 trillion seven-year budget at the end of 2020.

Under the hard-fought compromise eventually hammered out by the European leaders, Hungary and Poland would unblock the budget’s approval after the bloc’s top court had ruled on whether the mechanism falls foul of EU treaties.

The court found that the article relied on to pass the regulation was chosen correctly, as the law falls within the EU’s power to create “financial rules” when implementing the budget.

In an indication of the judgements’ significance, the CJEU broadcast the decisions live for the first time, in the languages of challengers, with the Court president, Belgian jurist Koen Lenaerts, speaking Hungarian. (Euractiv)