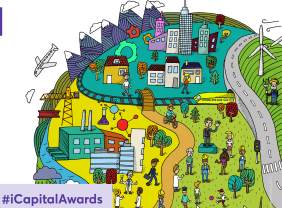 (03 March 2022) – The Commission launched today the eighth edition of the European Capital of Innovation Awards (iCapital), which recognise the role cities play in shaping the local innovation ecosytems and promote innovation.

Through iCapital, the European Union recognises cities with inclusive innovation ecosystems. The prize identifies cities that connect the general public with academia, businesses and the public sector to successfully translate results into improved wellbeing of the society, while at the same time boosting game-changing innovation.

In 2021, Vantaa was awarded the Rising Innovative city title through a new category introduced to reward the innovative practices implemented by smaller cities with a population of more than 50 000 and up to 249 999 inhabitants.