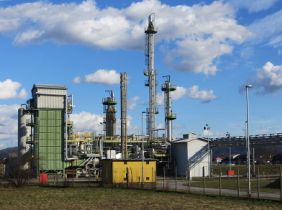 (24 May 2022) – The European Commission has drafted new rules clarifying how “green” hydrogen produced from renewable energy can be legally counted as “additional” and verified as such. The draft rules are seen as a boon for the fledgling European industry.

Green hydrogen produced from renewable power is seen as a potential silver bullet to decarbonise hard-to-abate industrial sectors like steel and chemicals, which currently rely on fossil fuels and cannot easily switch to electricity.

However, there is concern that the EU’s push for green hydrogen will cannibalise renewable electricity meant for other uses – such as providing clean power for industry or electric vehicles.

To avoid this issue, the European Commission is drafting rules to ensure that power installations providing electricity for green hydrogen are “additional” to other uses of electricity.

The draft rules are open for a four-week public consultation ending on 17 June, after which the Commission will then table its final proposal. The draft text will then be submitted to scrutiny by the European Parliament and the 27 EU member states in the Council, which have four months to scrutinise it. (Euractiv)