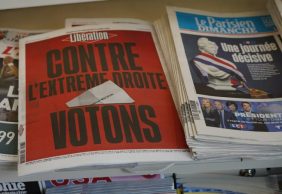 (25 April 2025) – For many different reasons, leaders across Europe have hailed the victory of Emmanuel Macron in the second round of the French elections.

Most EU leaders focused on democracy winning against the extreme right in their congratulation messages. In contrast, others reminded President Emmanuel Macron that he needs to pay more attention to social and ecological policies.

Russia’s EU neighbours, on the other hand, feel more relieved because a “Le Pen accident” was avoided and, therefore, a more pro-Russian stance.

Both willing to join NATO, Finland and Sweden have seen Macron’s victory as big relief.

It was a similar stance in Tallinn, where president Alar Karis said France and Estonia are very close allies and “defend the same values within NATO and the EU”.