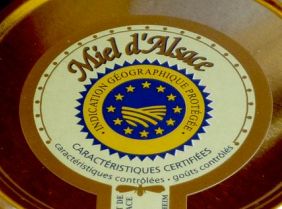 GIs are designed to protect the names of specific products to promote their unique characteristics linked to their geographical origin and the know-how embedded in the region.

There is increasing speculation in Brussels that involvement of the EU’s intellectual property office (EUIPO) in dealing with GIs could increase, with the Commission’s DG AGRI outsourcing some of its competencies on the matter.

During a meeting of the European Parliament’s agriculture committee (AGRI) on Monday (10 January), Italian MEP Paolo De Castro expressed his concerns about moving away from a system focused on links to Europe’s geographic regions toward a “trademark approach”, which is “remote from the approach this committee has stood for many times.”

Likewise, French MEP Anne Sander echoed concerns against the possibility for the Commission to transfer some of its power in dealing with GIs to the EUIPO. According to her, the EU needs to protect GIs as a source of pride for farming and European regions. “I think it will be a mistake, therefore, to do that,” she said. “These are not brand marks but quite different. They’re the know-how and techniques that have been passed down the ages,” she added. (Euractiv)