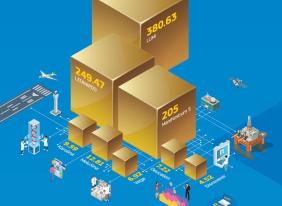 LUMI is the fastest and most energy-efficient supercomputer in Europe, ranked also the third fastest in the world. It will have an expected peak performance of 550 petaflops (550 million billion calculations per second) while being fully powered by renewable energy.

LUMI uses natural cooling systems and its waste heat will account for about 20 percent of the district heating in the city of Kajaani, substantially reducing the entire city’s annual carbon footprint.

Its computing power will complement the EuroHPC Joint Undertaking’s existing supercomputers: Discoverer in Bulgaria, MeluXina in Luxembourg, Vega in Slovenia, and Karolina in Czechia.

Three more EuroHPC supercomputers are underway: LEONARDO in Italy, Deucalion in Portugal, and MareNostrum 5 in Spain.