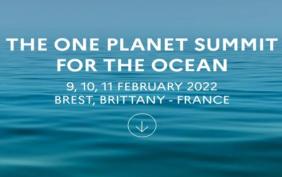 New steps in protecting the oceans

(14 February 2022) – The Commission has presented new initiatives to promote “a cleaner, healthier and safer ocean”, as part of the EU’s contribution to the One Ocean Summit hosted by France in Brest.

Speaking at the Summit, President von der Leyen announced three key initiatives for cooperation to preserve and revive the oceans:

– a new international coalition to protect biodiversity on high seas, which constitute 95% of the ocean;

– and the EU’s research mission to restore our ocean and waters by 2030.

The EU’s ocean conservation efforts are integral to the European Green Deal, which aims at building the world’s first carbon-neutral economy by 2050 and halting biodiversity loss.