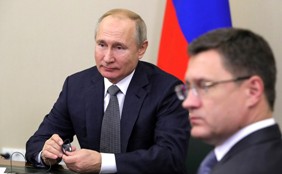 (10 March 2022) – The European Commission has presented proposals to reduce the EU’s dependence on Russian gas by two thirds before the end of 2022 as part of a plan to become independent from all Russian fossil fuels “well before 2030”.

Since Russia invaded Ukraine on 24 February, the EU has faced growing pressure to break away from Russian energy imports, which critics say is helping to fund the Kremlin’s war.

The plan, called REPowerEU, aims to “eliminate” Europe’s dependence on Russian gas before 2030 and outlines measures to ensure gas storage is filled up to at least 90% for next winter in order to cope with potential supply disruptions.

“By the end of this year, we can replace 100 bcm, of gas imports from Russia. That is two thirds of what we import from them. This will end our over dependency and give us much needed room to manoeuvre,” said EU climate chief Frans Timmermans who presented the proposals in the European Parliament on Tuesday (8 March). (Euractiv)