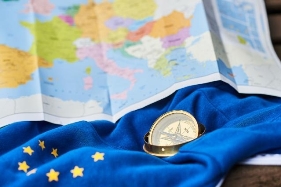 (10 February 2022) – The new Cohesion Report shows that a large part of public investment stems from EU cohesion funds rather than from member states themselves whose own investments are constrained by EU fiscal rules.

Many EU member states benefit from funding from EU cohesion funds, but Central and Eastern European countries, the Baltic states, Greece, and Portugal are among the countries that benefit most.

Between 2014 and 2020, on average more than half of public investment in those countries was financed by the EU, according to the 8th Cohesion Report published yesterday. “Cohesion funding grew from the equivalent of 34% to 52% of total public investment from the 2007-2013 programming period to the 2014-2020 programming period,” the report stated.

“What happens is that in a lot of circumstances, and particularly in the aftermath of the 2008 crisis, a lot of countries had to contract their public investment in order to comply with the macroeconomic constraints,” Cohesion Commissioner Elisa Ferreira said at a press conference presenting the report, arguing that the part of cohesion funding in overall public investment was more significant because public investment as such plummeted.

According to Commissioner Ferreira, the EU’s fiscal rules required countries to constrain their expenditures. However, because many countries could not reduce normal expenditure, they went for investment spending, she argued. “They really reduced public investment to the limits,” Ferreira said. (Euractiv)