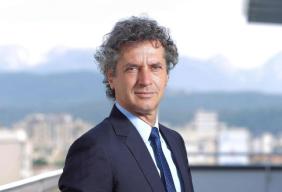 (25 April 2022) – Slovenians massively voted for change, putting an end to the rule of the Janez Janša yesterday and handing the country’s destinies to Robert Golob, the leader the environmentalist Freedom Movement, who is expected to lead a progressive coalition.

The Freedom Movement won 34.5% of the vote, which gives it 41 seats in the 90-member National Assembly, the best score obtained by any single political party to date.

Civil society has contributed to the high turnout, Golob said, adding that without having such a dedicated civil society in the last year and a half Slovenia would not have seen freedom.

Both him and the other centre-left parties have said repeatedly that their first move would be to support a civil-society-sponsored omnibus bill aimed at repealing what they see as detrimental laws and measures adopted by Janez Janša’s government.

Golob, a 55-year-old energy expert, took over a small green party and renamed it Freedom Movement at a congress in late January, along with several professionals who lost or quit their careers under the outgoing government, with a promise to focus on green agenda, open society, normalisation, and modern welfare state. (Euractiv)