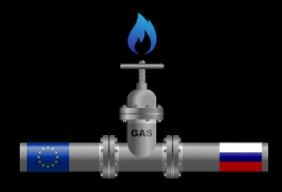 (08 April 2022) – Europe must speed up the rollout of renewable energy and energy efficiency measures in response to Russia’s invasion of Ukraine, according to eleven EU countries.

The invasion of Ukraine put a spotlight on Europe’s dependency on Russian fossil fuel, particularly gas, and has led to calls for the EU to quickly decrease its reliance on its hostile neighbour.

“We need a swift transition to renewable energy, as an affordable and secure energy source that will contribute to shield[ing] consumers from price hikes as a consequence of import dependency,” according to a joint statement signed by Austria, Germany, Denmark, Spain, Finland, Ireland, Luxembourg, Latvia, the Netherlands, Sweden and Slovenia.

There are also concerns about how much money Europe sends Russia in return for energy supplies. Since the war broke out, the EU has sent €35 billion to Russia for its energy compared to €1 billion for Ukraine’s defence, Europe’s foreign policy chief Josep Borrell said this week.

To reduce Europe’s dependency on Russian fossil fuels and meet the EU’s climate goals, the 11 countries call on their fellow leaders to “be bold” and “move ahead with determination with the green transition”. (Euractiv)