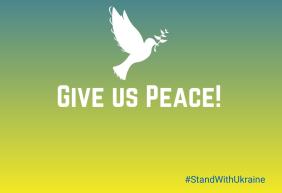 (09 April 2022) – The “Stand Up For Ukraine” global pledging event and campaign has raised 9.1 billion euros for people fleeing the Russian invasion, inside Ukraine and abroad.

On top of that, the European Bank for Reconstruction and Development has announced an additional €1 billion in loan to cover the needs of the people displaced by the invasion.

Out of these €10.1 billion in pledges and EBRD funding, €1.8 billion are for internally displaced persons and €8.3 billion for refugees in frontline EU Member States and countries, like Moldova.

Pledges from governments for internally displaced people in Ukraine will be now channelled largely through the Ukrainian authorities, central and local level.

Donations from the private sector and individuals for internally displaced people will be channelled mainly through UN agencies.