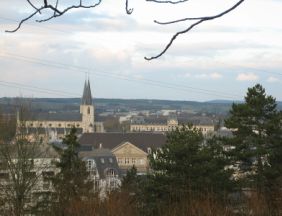 (03 January 2022) – Since 1 January 2022, three cities in Europe hold the title of European Capital of Culture for one year: Esch-sur-Alzette (Luxembourg), Kaunas (Lithuania), and Novi Sad (Serbia).

After Luxembourg city in 1995 and 2007, this is now the turn of Esch-sur-Alzette, the second largest city in the country, to be crowned European Capital of Culture.

Kaunas is the second city in Lithuania to hold the European Capital of Culture title after Vilnius in 2009. Kaunas’ modernist architecture, which received the European Heritage Label, will get renewed attention and host many cultural events.

Novi Sad is the first European Capital of Culture in Serbia.

Holding the title of European Capital of Culture gives cities the chance to boost their image, put themselves on the world map, promote sustainable tourism and rethink their development through culture.