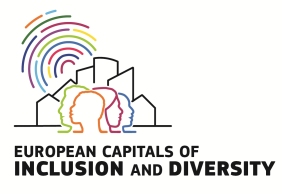 Winners of the first Capitals of Inclusion and Diversity Awards

(29 April 2022) – Today, the European Commission announced the winners of the first European Capitals of Inclusion and Diversity Awards, aimed at highlighting towns, cities and regions leading by example in inclusive policies.

The winners have been recognised for their work to build fairer societies by promoting diversity and inclusion in terms of sex, racial and ethnic origin, religion and belief, disability, age, LGBTIQ rights and Roma integration.

Cologne, Germany is the gold-winner in the ‘local authorities above 50,000 inhabitants’ category for its strategy to enhance diversity and inclusion, followed by Gothenburg, Sweden, and Barcelona, Spain.

Croatia’s Koprivnica is the gold-winner for ‘local authorities with fewer than 50,000 inhabitants’ for its strategy to support people with disabilities, followed by Ingelheim am Rhein, Germany, and Antequera, Spain.

Andalucía, Spain, is the gold-winner of the third, Roma-specific category for its Comprehensive Plan for the Inclusion of the Roma Community, followed by Gothenburg, Sweden, and Grădinari, Romania.