Moldova, an example of local support in times of war 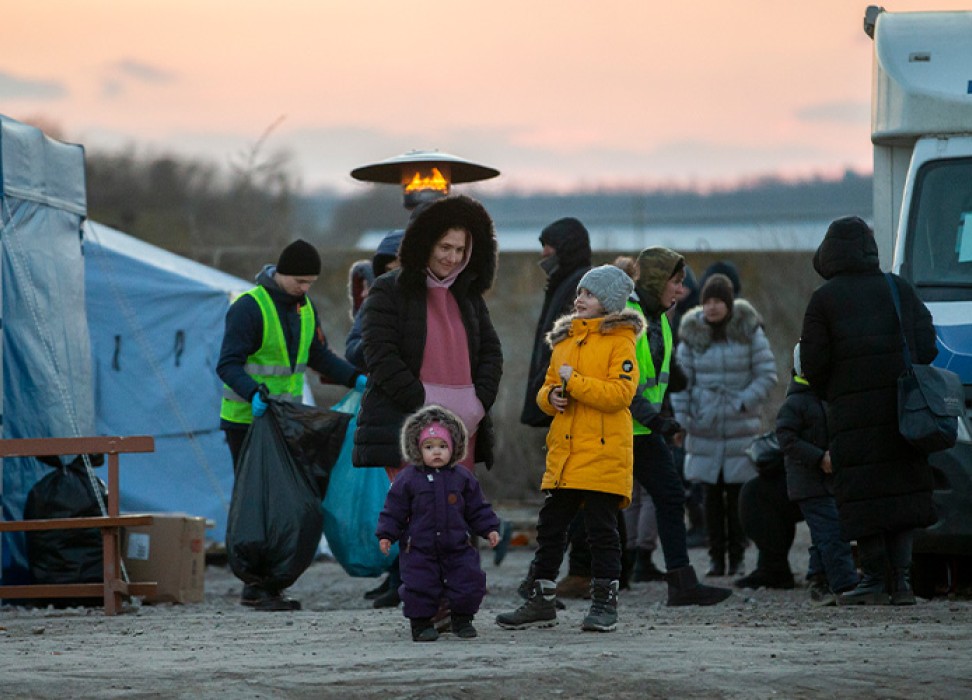 Tomasz Horbowski, from the Polish foundation Solidarity Fund PL in Moldova, stressed that the authorities would have faced difficulties responding to the Ukraine crisis without the huge mobilisation of the local communities.

Many heart-breaking stories have been told about the Ukraine crisis, all different but with something in common: the war and its impact on the lives of millions of Ukrainians. Since the conflict began on February 22nd, the Republic of Moldova has turned its attention to refugees, opening its borders, homes and hearts to more than 450 000 people. “Nearly 100 000” have remained on Moldova, instead of moving on to Romania and other countries of the European Union. This is what Tomasz Horbowski, the head of the Polish Foundation Solidarity Fund PL in Moldova[1], pointed out.

Despite the challenges faced by this small rural country, home to around 3 million people and with limited resources, Moldova and its people have stood in solidarity with Ukraine. Refugees have the right to live and work in the country and access services such as health care and education, with 95 % of the arrivals are being hosted by families. “From the very beginning, there was a huge mobilisation of local communities and people, and the public authorities have cooperated with this self-organisation and community involvement”, Horbowski stated, highlighting that the major concentration of refugees is in urban centres.

Moldova for Peace has been on the front line of dealing with the refugee crisis from the outset, and it has had the help and support of the Polish Foundation Solidarity Fund PL. “We provide them with some funds for administrative work and with some support to create spheres or zones where the people that are involved in this initiative could reflect and think about how their activity should be carried out during the next three or six months”, he explained.

The organisation Tomasz Horbowski works for has also been involved with the Ukrainian diaspora, which, for him, is very beneficial “in terms of approach”. “There are Ukrainians who were born in Moldova and have hosted and welcomed the refugees”, he said, adding that this helps limit their shock and the tension that may arise. In providing solidarity support, the foundation has helped to launch a shelter in Chisinau for, initially, just four refugees, a number that has risen to almost 2000.

“Something has changed in Moldova”, Horbowski confessed. Citizens are conscious of, and feel responsible for, what is happening around them. Their reaction to the consequences of the war has shown the country, run by Maia Sandu, to be an example of solidarity and humanity. It has also demonstrated the importance of local development and the power of people. “Without strong local communities, the authorities were limited, whereas the response of society was a kind of a driver to establishing aid programmes for refugees”, he outlined, placing value on “the activist spirit, networking, and the connection between different actors” as a local development resource for peace. But social divisions do not help to achieve this objective, much less the bad relations between countries.

According to the Mr Horbowski “the relationship between Moldova and Ukraine is not an easy one due to stereotypes, and this is an opportunity to close differences”, something that is also happening in Poland. Hence, thanks to its application to be a member of the European Union, for which the ministries have already completed the questionnaire, Moldova is working to strengthen ties with the rest of Europe. To do so, it is already aligning national legislation with the EU standards, which sometimes poses a challenge for the country itself. “We are facing instability and this influences people’s choices to leave or stay, to invest or not”, said Horbowski, highlighting that this is “very destructive for development”.

Awareness is the key to everything, as well as good governance, human dignity and self-organisation. “The most important issue is to be aware of what the war in Ukraine has meant, what are the principles for which they are fighting and to show us that there are people who are ready to die for those”, he expressed.

[1] The main mission of Solidarity Fund PL in Moldova is to contribute to local development in the Republic of Moldova based on the principles of solidarity, subsidiarity and synergy. The areas of the activities of the foundation are urban regeneration and revitalisation, rural development and the civil protection system.

At the centre of the crisis

Since the war in Ukraine began on 24 February, UN Human Rights in Moldova and other NGOs have played an integral part in monitoring the country’s borders and mobilizing support for refugees entering the country.

It is estimated that in the period 24 February – 15 April, 421,130 refugees have fled to Moldova and 101,331 of them have made the decision to stay, according to Bea Ferenci, UN Human Rights Adviser in Moldova.

About an additional 8,000 refugees who have decided to stay are in the Transnistria region, located between the Nistru River and the Moldovan–Ukrainian border, a region in a protracted conflict. Providing support to refugees in the region has its own challenges and is still lagging.

The number of refugees entering is large for Moldova because it is a poor and small country with a resident population of only 2.59 million people, Ferenci explained.

“We’ve had the largest influx of refugees in terms of per capita figure of all the countries receiving refugees,” she said.